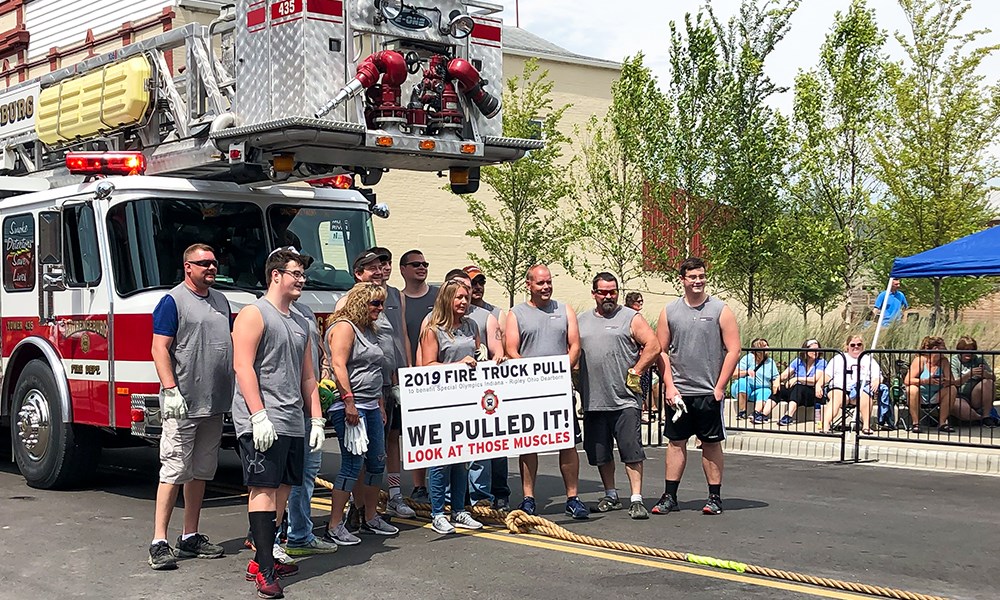 In the name of charity—and a fellow employee’s son named Aaron—more than 70 Graycor Industrial Middletown employees, along with their family members and friends, joined together as ‘Team Aaron’ to participate in the 2019 Fire Truck Pull, a team-building fundraiser that supports the Special Olympics Indiana.

The event, held on Saturday, Aug. 17, called for 15 members per team to compete in a tug-of-war against a fully equipped, 37-ton fire truck provided by the Lawrenceburg [Indiana] Fire Department, who hosted the event in partnership with the City of Lawrenceburg and Special Olympics Indiana. The teams were challenged to pull the fire truck in the shortest amount of time. Team Aaron took second place in the competition.

“It was a heartwarming experience to see the support from the team members in Middletown for the Special Olympic athletes,” says Pat. “It was a true team effort,” he exclaims.

Raising $32,000 in donations for the Special Olympics Indiana chapter, the event surpassed its $25,000 goal. Graycor’s Community Fund Program donated $2,000 to support the event and the Aaron team’s participation.

All proceeds from the event go to support Special Olympics Indiana—Ripley Ohio Dearborn Counties, allowing athletes with intellectual disabilities to train and compete on a local and state level in 20 Olympic-type sports.