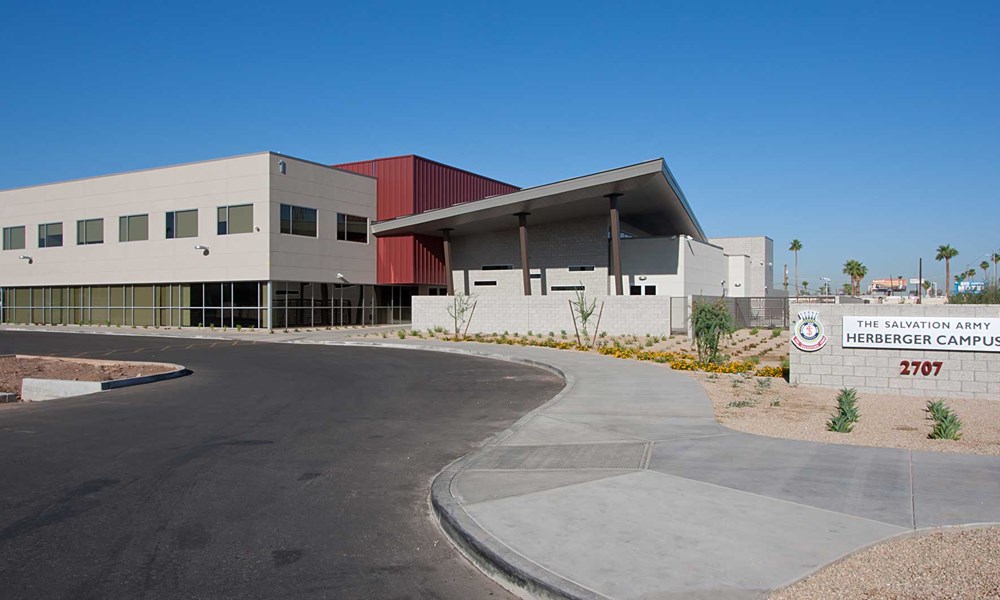 In the first quarter of 2012, Nitti-Graycor, a division of Graycor Construction Company, achieved substantial completion on a $12 million project for The Salvation Army, which included the expansion and renovation of their 15-acre Southwest Division located in Phoenix, Arizona.

The project scope included demolition of the existing headquarters and the new construction of a 40,000 square foot headquarters office facility, a 30,000 square foot social services building and a family shelter with the capacity to assist approximately 50 families with short-term housing. Renovations are also nearing completion on an existing warehouse and realignment of the campus to further accommodate the build out of six additional acres during Phase II of the project. With the new construction and redevelopment of the land, these changes will enable The Salvation Army to operate more efficiently and cost effectively.

The removal of aging buildings, improved usage of space and the installation of updated utilities will also help boost efficiency. With these changes, The Salvation Army has the potential to reduce its operating and maintenance budgets by as much as $1.0 million per year. Due to the nature of The Salvation Army’s services and offerings for the surrounding community, the campus remained operational and provided all normal services throughout the construction process.

The Phoenix location alone serves 150,000 people each year through a variety of community outreach services. The new campus, also known as the Herberger Campus, serves all of Arizona, New Mexico and parts of Nevada.

Phase I of construction commenced in January 2011 and was completed on-time just one year later. Nitti-Graycor served as the general contractor on the project, with Jones Lang LaSalle as project manager and Deutsch Architecture Group as the designer.